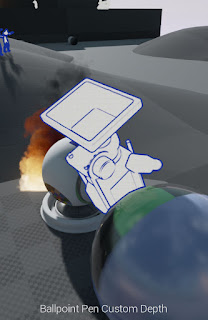 It's been a long time since I've really done any serious work on my Unreal Marketplace items, but that time is over!

I've dome some serious work on the Post Process Pack vol 1, adding a TON of new features, I've started work on vol. 2, which I'll be showing off very soon. I've also dome work on my fireworks pack, adding some cool sound effects and some new fireworks to play with.

But today's post is about the big update to Post process Pack vol. 1! I've learned a lot about post processing effects and other fancy shader math over the last year since releasing the pack. I wanted to bring that knowledge tot he pack and make it even more awesomer than it already was.

The two biggest request I have received from customers since releasing the pack are 1) Custom Depth support and 2) A better way to preview the pack and see how it works before buying.

Today, I'm happy to announce that both of those requests have been fulfilled.

There are now Custom Depth version of every effect in the pack. They all use a single, included function to sample the depth buffer and allow control over the various uses of the custom depth buffer.

There is also a new demo application for download! This cooked demo showcases the demo map included with the project and the various preset effect volumes I've setup for you to easily copy-paste into your projects. 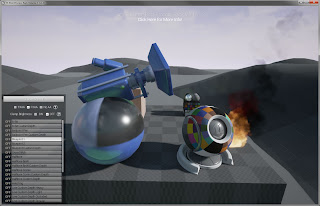 Get TS_PostProcessPack vol. 1 now on the Unreal Marketplace!