July 12, 2014
Hey all. I wanted to link to the new Development Blog update over at www.dronezonegame.com.

I've finished getting Tony's new Drone into the game and gave it a spin. I've also been working on the powerup system and some fancy new effects to go with those powerups such as the shield powerup shown in the video below.

Update, 2014-09-16: A bug has been fixed that was causing exported scenes to not export the name of the object. This has been fixed. It's suggested that you update your script!

I'm proud to release a pretty major update to TS_Tools. Not only have I made some major upgrades to the FBX Exporter based on community feedback, I'm also happy to release the second script, TS_UE4NameUCXPrimitives!

DOWNLOAD TS_TOOLS v1.1.1 TS_UE4NameUCXPrimitives A simple script that names selected objects based on a packed object's name to make them into collision shells for use in UE4!
How it works:Create your concave collision primitives in MAXSelect your collision primitivesRun the script, which temporarily hides the selected shell objectsSelect the base meshAll the selected meshes are named correctly and will import into UE4 as collision shells! Next up is, of course the big update to
TS_UE4FBXExporter v1.1 The big, new feature is the ability to export out UCX_ meshes for …

Introducing UE4 FBX Exporter : TS_UE4FBXExporter (sexy name, I know)!UPDATE! Version 1.1 of TS_Tools has been released. Please click here to read about the update and download the latest version!
DOWNLOAD TS_TOOLS version 1.0 What's it let you do?Export each selected mesh to an individual FBX fileMove each mesh to 0,0,0 for export (Then put it back where it belongs when it's done like my kids NEVER DO!)Name Each FBX according to the MAX scene nameAllows you to use a grid object to set an arbitrary origin (For really big scenes)Just make a Grid helper and name it UE4_Grid and the script will detect itCopy the location, position and scale or selected objects to the clipboard using Unreal-friendly syntax allowing you to paste thousands of objects objects into your UE4 maps with a couple of clicks!
It's pretty straightforward, but Here's a bit of a walkthrough to help you out! 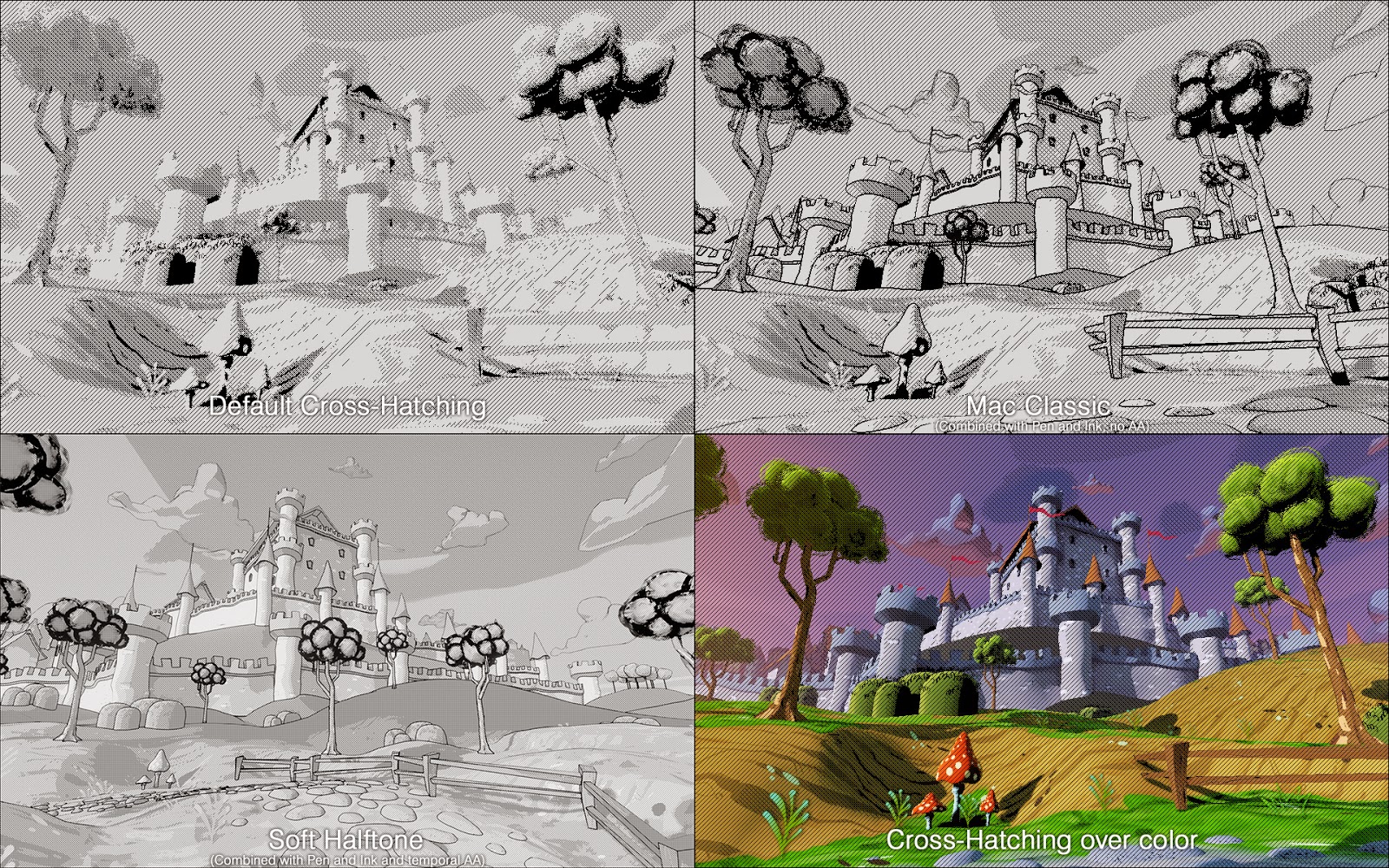 Update! The Post process Shader Pack Vol.1 is available for purchase on the UnrealEngine Marketplace!

My Post Process Shader pack Vol.1 is up for voting on the Unreal Engine Marketplace Trello board:
https://trello.com/c/sHJEVjqa

Please take the time to take a look and give it vote if you'd find it to be a useful tool.

This shader pack focuses on creating stylized and illustrative looks in your unreal engine 4 games. I have developed them to be extremely flexible and easy to combine to create unique looks that can give your game or project that perfect look.

Here's a quick rundown of the shaders:

PPM_TS_InkAndPaper: Uses both angle and depth detection to create detailed and beautiful illustrative outlines based on your scene's geometry. Has example styles ranging from Napoleon Dynamite to Tron.PPM_TS_Pixelize : Give your project that 8-bit retro feel without having to change but a few sliders. Can also be…